I would like to thank everyone at TuffRock. Diane introduced me to TuffRock for my 2 dogs because both of them were having joint problems. Jo, an 8 year old border collie, lost a front toe as a pup and as she got older the joints misshapen and then she developed arthritis. She was an obedience dog along with other dog sports but as her feet got worse and we had all but stopped most forms of training because her limp had become so pronounced. When Di suggested TuffRock I was happy to try anything but I had tried other supplements and they either didn't work or I had trouble getting the dogs to eat it. The first time I tried TuffRock the dogs cleaned the plates and by the end of the first week her limp was gone. Since then we have gone back to training, we are going for our first rally title tomorrow as I write this, and she has gone back to being a lot more active including rounding up our sheep, yay, and being OCD about the ball, doh.The story doesn't finish there. As I said I have 2 dogs. Jazz is a 12 year old mutt but we worked out a fair bit of her must be Lab because she has hip dysplasia. She is almost as bad as it comes too. Her hips were scored 9 and 7. At 5 months she could barely walk. With operations and medication all of her life we have got her this far, but age is catching up with her and she had started to go downhill quickly. Since I have had her on TuffRock there was no miracle cures but the progression downhill has become noticeably slower. I feared how long we would still have her but now that is still a fair way off and I am grateful for any extra time I have with my fur kids. She still enjoys her daily walks, lookout neighbourhood cats, and will be going with us on our upcoming camping trip into central NSW. She's back enjoying life, like she should. So like I said, I'd like to thank TuffRock because I think it is responsible for my dogs enjoying life again and that means I get to enjoy them for longer.Alexis Bassingthwaighte 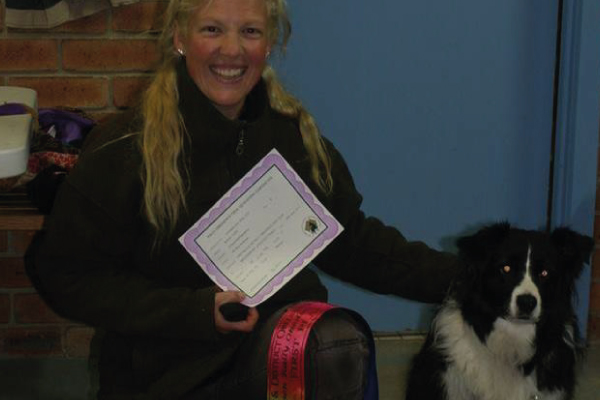